Freedom. I wanted to be free from debt so everything I earned in 2016 would be MINE. Mine to use for other goals. Mine to help others. I had made big strides over the first half of the year, but got a little distracted over the summer. Sliding back into old habits, too much traveling, shopping and socializing. So when this challenge came along the timing was perfect. A slap in the face, screaming “Bianca, what the heck are you doing?!?” Motivation was re-launched. No carrying debt into the New Year and now I have money to pay for my own personal trainer, and healthy meals!

Everything starts with an idea

9 weeks ago I had the idea of putting together a debt challenge. I thought what if we turned paying off debt into a game, and whoever paid off the most debt would win. I wasn’t sure if anyone would sign up, but I decided to write a post about the contest anyway. When you’re afraid do your idea do it anyway. You’ll never know how it will go until you birth it into the world. The race required each player to pay $5 a week for 11 weeks ($55). At the end of the 11 weeks whoever put down the most money towards their debt of choice wins the money. Each week each player would have to send me a screenshot of the debt that they paid. I would compile the updates into a chart and share it with the group at the end of the week. The winner could use this money to pay off a large chunk of debt, throw it in their savings, or do whatever they pleased with the money. There was a $1.00 fee each week so technically each player paid $66.00 total. I wanted this challenge to be more of a debt support group where a group of people could come together talk about their struggles and their victories in a safe place, without feeling embarrassed.

Everyone had a different reason for why they wanted to join the challenge. A few of the Contestant responses are listed below

“I have a lingering consumer debt account that I’ve been trying to pay off for some time now. I believe this competition will provide me the necessary pressure to eliminate the debt sooner rather than later, thus freeing up capital to invest rather than spend.” “I’ve made many attempts in the past to pay down various credit card debts. Normally I get pretty close, but life always inevitably interferes and I go right back into debt on my cards. I’m hoping through this challenge I can get back on the right path of paying off my debt with the help of a support group who are all looking to do the same.” “I’m extremely interested because even though I’m fairly consistent with paying down my debt, this challenge can serve as an extra push to get me on track. Also, I’m interested in being in the FB group and just meeting other like-minded young black professionals who are serious about their finances.” “Need support paying off debt. I’ve been trying to do it on my own and falling short.” “I like competitions and I am already very committed to get rid of my student loans sooner rather than later. I am also curious if this approach (this challenge) actually helps to motivate people to get rid of their debt.“

When things don’t go as planned.

I originally wanted 20 people to join the contest, but only 9 people signed up. I wasn’t going to hold the challenge if I didn’t have 10 people. I decided to enter the contest and participate, but wouldn’t be able to win. I thought it would be easy to get people to sign up for my challenge. Who doesn’t want to pay off their debt?! Before I posted about the challenge I sent out a survey to my readers and more 15 people said they were interested in joining.

Sometimes we have this idea of going big, but starting small can be extremely helpful.

Week one of the challenge

I’m glad that the first round of the debt challenge was small because during the first week we ran into a problem. In my original contest rules I never stated the amount of debt that people could submit. For example one person would submit one credit card debt, while another person would submit their credit card debt, student loan debt, and car debt. People didn’t think this was fair. “I was picturing “debt” as a lump-sum entity. So if people put $100 toward Credit Card 1, $400 towards Credit Card 2 (snowball!), $300 on their car note and $200 on their student loan they would have put $1,000 towards their overall debt that month which would be a more accurate reflection of their debt-crushing. If the race was limited to just one specific debt, say a person chose a credit card with a $2,000 balance, it might limit their chances of winning.” Contestant “Everyone’s debt is different just like everyone will choose to attack their debt differently. To me when you start to limit what is being captured you minimize the spirit of the competition, which is ultimately to help each other become debt free. Why should the amount of debt matter?” Another contestant In the end we decided that people could submit multiple debt payments. If the goal was whoever paid off the most debt I shouldn’t limit people who want to pay off more than one debt at a time.

Tips if your debt doesn’t seem to be moving.

In week one of the debt challenge I had $4,111 left to pay on one of my student loans. By week 9 I had $1,000 left to pay. I realized that before the challenge my debt wasn’t moving because I wasn’t really focused on paying it off. Sure I told myself that one of my goals was to pay it off, but I wasn’t really dedicated to it. I had about 7 other money goals that I was trying to accomplish at once. My focus was split, so I was making very minimal progress. If your debt isn’t moving it could be because you’re only paying the minimum amount. When you only pay the minimum amount it’s hard to see any progress. You could also have too many money goals that you’re trying to accomplish at once. So you’re trying to put a few drops of water over 7 different buckets instead of pouring a whole gallon of water over 1-2 buckets at a time.   The competition factor also played a huge role into me stepping up my debt payment game. The first few weeks I was only paying a few hundred dollars, then I noticed people in the group were paying $1000 + and I felt as though I was slacking and had to pay off more.

Sometimes our friends place more emphasis on things that aren’t healthy for you. If our friends can pressure us into taking another drink, or buying that pair of shoes because “we deserve it,” why can’t our friends pressure us into paying off our debt? That’s really what this debt challenge was about. Helping support each other pay off our debt, like a debt support group. Speaking of support if you want to sit down with me and map out a custome plan for your debt (and savings)  so you can pay if off faster you can book your free 10 min money consultation here.

One person in the group even became debt free. “OMG!  I am so happy to have that monkey off my back. Thank you SO MUCH for the extra motivation!  It’s kinda like cleaning my apartment.  I get more done in the 30 minutes before my guests arrive than if I had all day to clean. Now it’s time to work on my 3-6 month emergency fund!. In other news, our office received bonuses this week.  For the first time I didn’t have to plead, negotiate, bribe myself.  You know, “Ok, Bianca, you can have $100 to play with but the rest has to go to VISA.”  It feels great! Emergency fund, here we come!  And a tropical (but budget-friendly) vacay.  Because I freaking deserve it!  And can actually afford it for a change. In the beginning I was nervous about starting this debt challenge. I didn’t know who would join me. I didn’t even know someone would end up debt free. So happy I could help motivate people to pay off their debt. If it takes a village to raise a child, maybe it also takes a village to pay off debt. I know one of your goals for 2016 is to be debt free, or at least be able to pay off your credit card debt so you can pay the full balance each month. If you said yes to one of these my book The Debt Slaying Challenge: Eliminating Debt Fast book is for you learn more here. 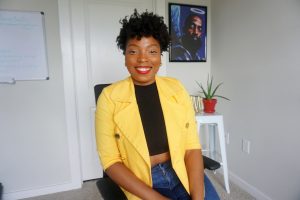 Getting my finances together hasn’t always been easy. I graduated college with $38,000 worth of debt, on top of being laid off multiple times and having credit card debt I was still able to pay off $47,000 of debt by December of 2017 while having thousands of dollars in assets. It was important to invest my money while I was paying off my debt. Now I am on a mission to help you defy the odds, build wealth, and think differently. 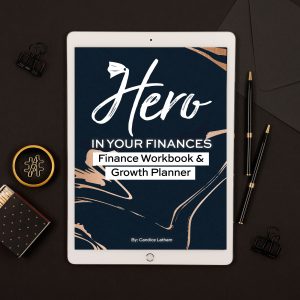 Learn How to start investing in the stock market!

We use cookies to ensure that we give you the best experience on our website. If you continue to use this site we will assume that you are happy with it.Ok